I was dreading this morning, Emily is out of town and I was going to have to tease and cover mares by myself plus Diane was not going to help down at Berean. Somehow someway things would get done. Right after the walk I started teasing mares. Oksana was brought out first, she did not show, Serenity was brought out next, she did not show. Piper was brought out and she did and was covered by Valiant. That took more time than planned so I kicked off my barn shoes scrambled into my good tennis shoes, grabbed my purse and jumped in the car only to realize the keys were not in the car. Mark drove home from church last night but has not yet learned to leave the keys in the car. I ran into the house and looked on his desk but no keys, looked on my desk but no keys, went through his Sunday suit pockets but no keys. He was called to see if he took them with him but he said, "I saw them on my desk, picked them up and think I through them onto your desk." Now when I'm looking for something chairs get tipped over and cushions thrown off couches and the place looks like we have been hit by a mob looking for drugs or something.  I called Rachel to see if she would give me a ride and just after she said yes I started praying. Right about then I remembered, I hadn't looked in my purse. Sure enough Mark had thrown them in my purse. Why didn't I think to pray earlier? By this time it was 8:50 am, twenty minutes after I should have left the house. It was real hard not to speed heading in to Peoria. I walked in the office to make my excuses when I see Diane. She must have been guilted into coming. 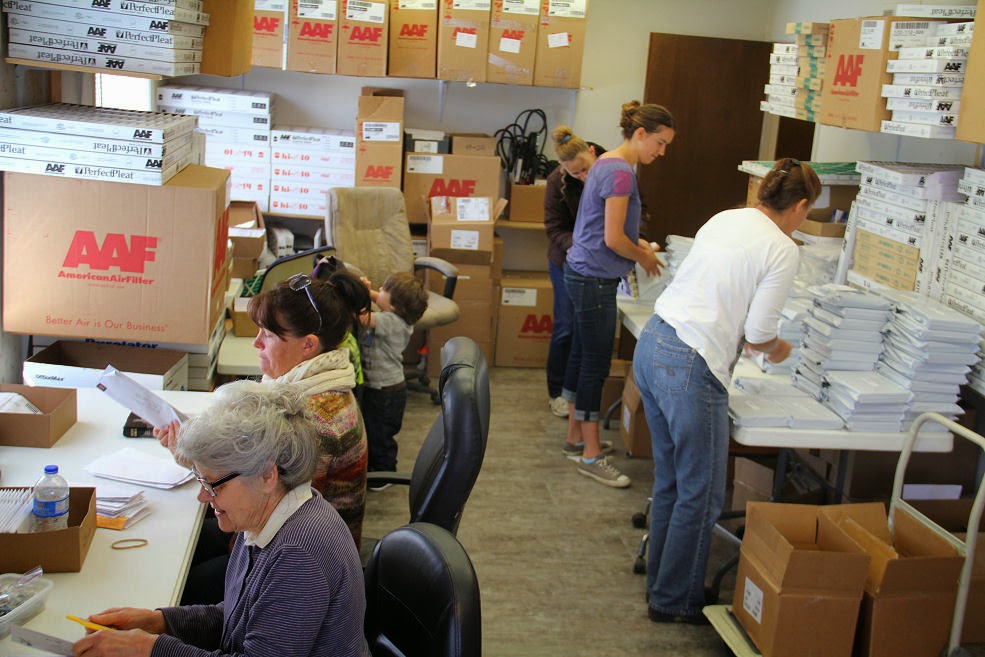 We had an amazing crew but the Bibles weren't at the office. Diane called Spark to ask where they were and they got cut off, she called Jacob but the phone went straight to voicemail. Diane was sure the Bible must be here. 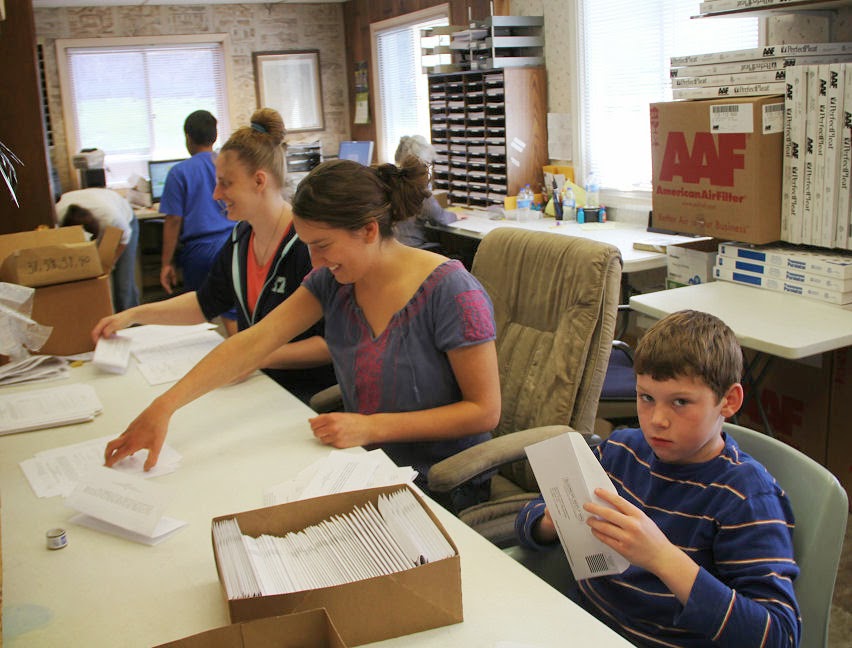 While we were looking around for them the crew was stuffing envelopes and processing the studies. 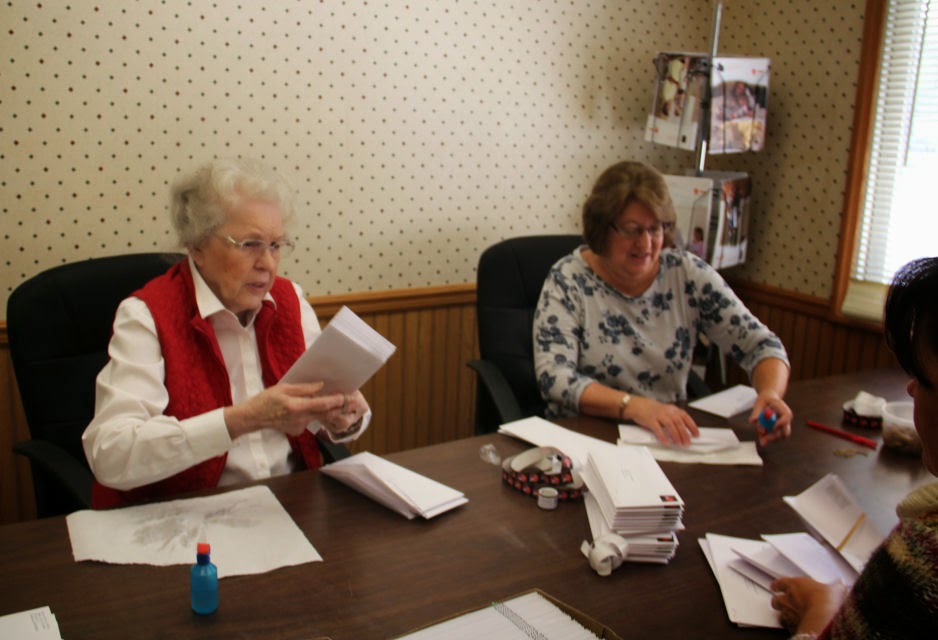 We finally got the word that the Bibles were on Jacob's big white truck. Rachel took some of the more nimble volunteers to start searching for the truck but it was no where to be found. How can we lose 600 Bibles and a big white truck? She saw Eldon and asked him if he knew where Jacob's truck was, "yes" he replied, "Jacob had to go out on a job so we had unload the Bibles into the warehouse." Rachel was afraid we were going to have to hand carry each and every one of those 32 pound boxes from the warehouse to the office building then up the stairs but Eldon had a better idea and brought them all up with a fork lift. Thank goodness! 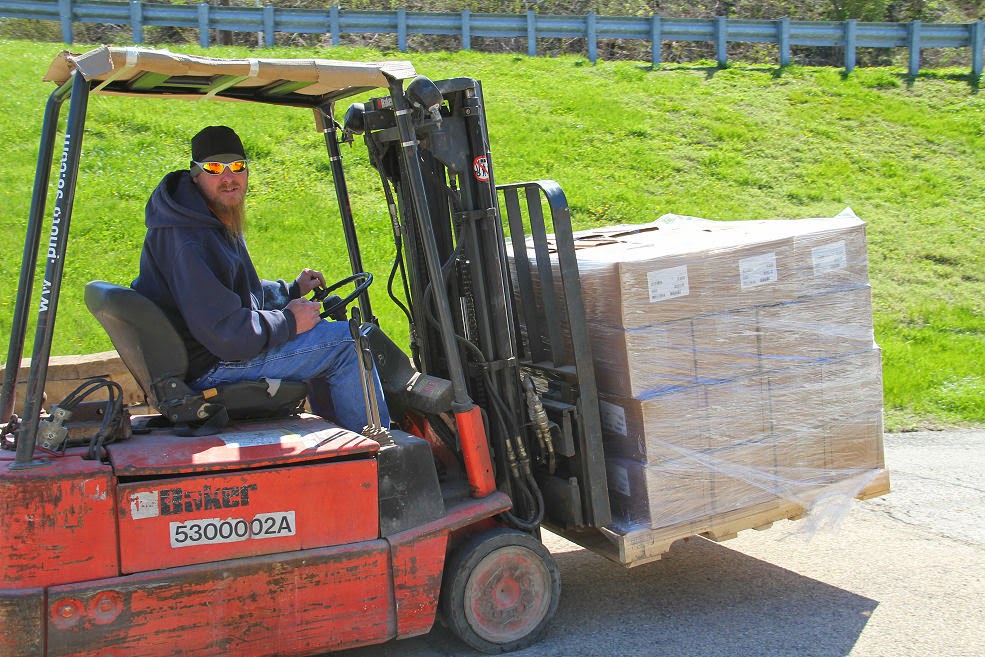 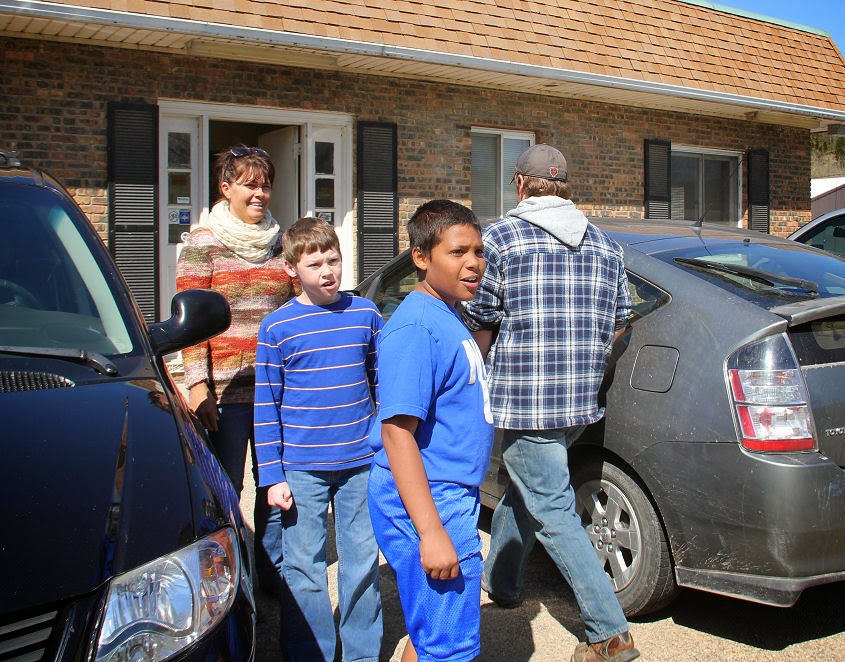 We formed a chain to get them all unloaded. 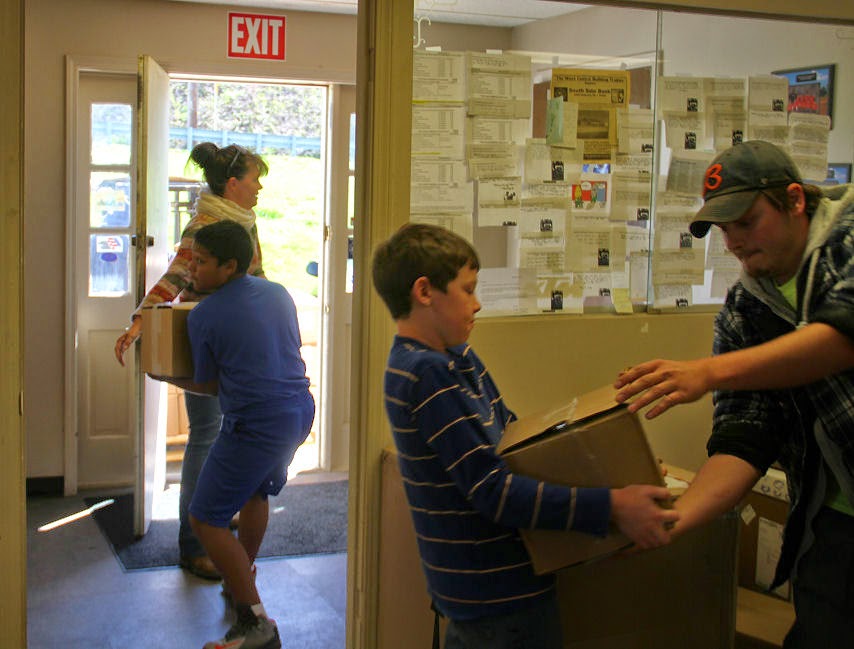 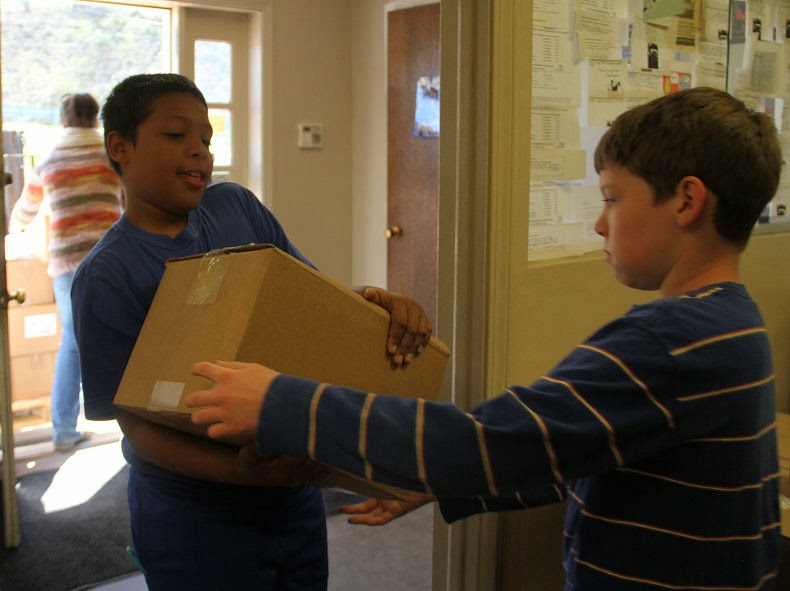 We had such good workers today that we finished up before noon. Early this morning I was praying that each prisoner that needed a Bible and wrote for a Bible would be able to receive a Bible. Then when they were all missing I remembered that prayer. Diane was exactly the right person today to find them. She wouldn't let the helpers go until they were found, processed and loaded into her van.
Posted by Judy Sceggel at 6:23 AM