We had a light mail day because of the holiday. We can predict that each Tuesday after a holiday weekend our mail will be less than half the usual. We had 3 new volunteers come today. Each time someone new shows up we all feel like cheering. Many hands make light work and this means instead of working late into the afternoon we can get done hours earlier. Pam brought her mom Shirley and her son Ted to help out. 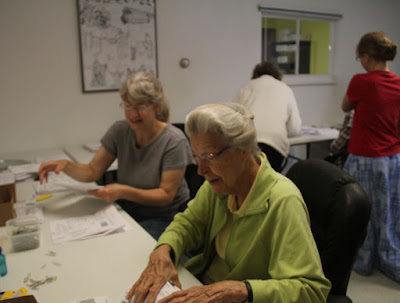 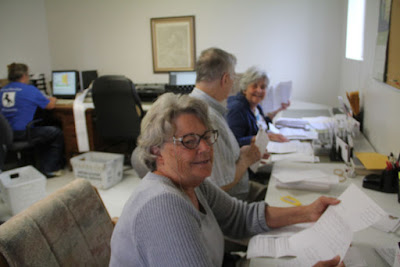 Matthew, Ted and Gary worked on one side of the table stuffing Bibles. 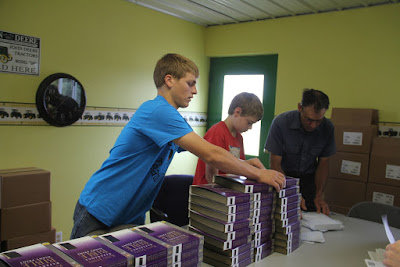 While Marie, Justin and Timmy worked on the other side. 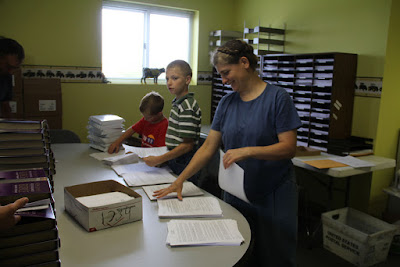 Mom came in a little later and had to take the corner spot. She was actually put to work taking the pictures but didn't take the one below, her arm isn't long enough for a selfie. 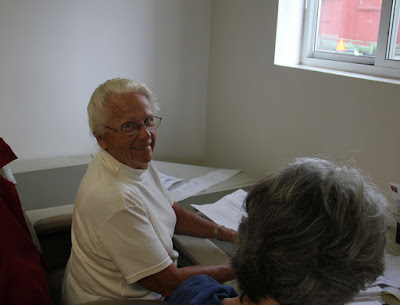 Joan arrived with her younger kids. Hannah was put to work with Megan on the copies. 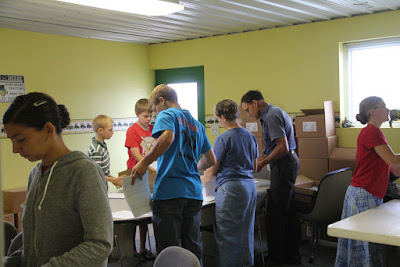 While Mackenson and Berlica were put to work stamping envelopes. 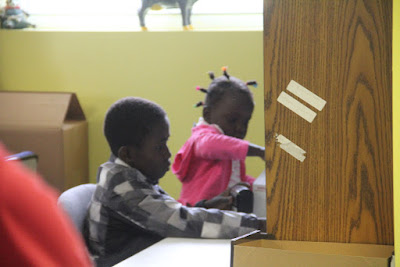 The office was hopping and just a little bit noisy but so so productive. 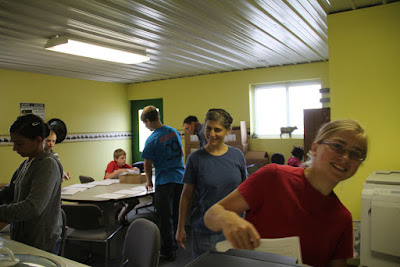 We broke for lunch before noon. We could have done more except we ran out of the sleeves for the Bibles. We sent 25,000 of them over to Goodfield Bible Distribution earlier and now will need to ask for some back. We only had 186 request come in today and probably won't have more than 100 come in on Thursday. A huge thank-you to all who were willing to come help out for a few hours.
Posted by Judy Sceggel at 9:36 PM