We had another wonderful group of volunteers. We are surely blessed by workers willing to work! Rachel, Tiffany, Janelle, and Diane got right to work wrapping, labeling and loading Bibles. 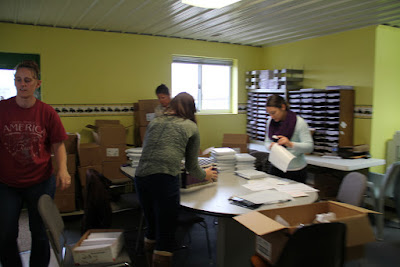 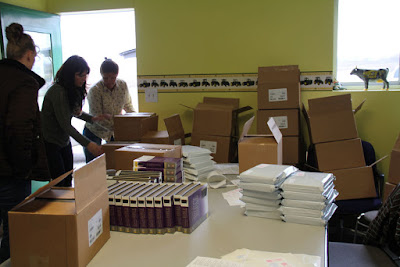 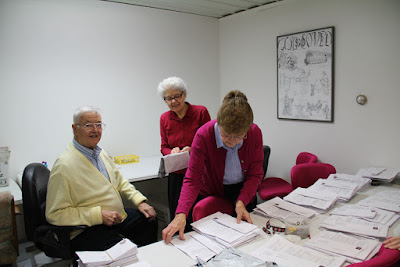 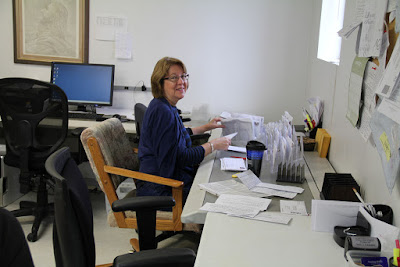 Tim Martin showed up with Jim a visitor from Detroit, MI 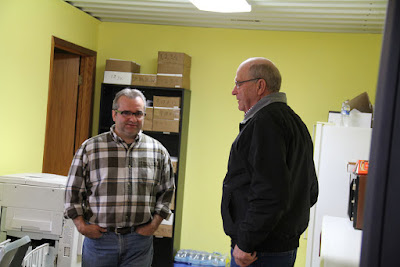 Jim had been giving Bibles and studies out to a jail in Michigan, needed more Bibles and called Tim who just happened to be bringing a load of supplies to the Berean office. Tim offered to bring him along to see what happens here. He was pleased to find out we were getting studies back from jails and prisons in Michigan and I was thrilled to find out how these prisoners were getting the studies and that they had also been given a Bible. We had enough volunteers to form a chain to unload the supplies Tim brought into the scale room of the office. Hmm does this qualify as a chain gang? When a prisoner is transferred from jail to prison it is called "caught chain" we were pretty much all transferred from the room we were working in to the scale office to unload so this chain gang all caught chain. Jim was shown a few of the letters that came in today. One was pretty touching. The gist of the letter was thanking us for the Bible and this program which was helping him to find a way back to a relationship with God much like the prodigal son. At the end of the letter he asked for prayer that he will be able to turn all of his life over to God and sustain peace and hunger for His word and His way. So tonight when you say your prayers please pray for Jermiah.
We were more than ready for lunch about the time the last box of Bibles were loaded into Diane's van. 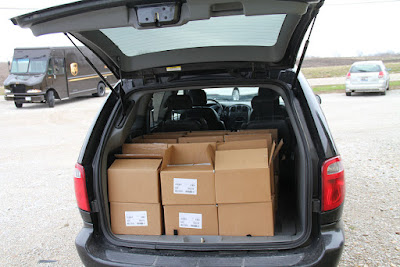 Diane brought our lunch today and went all out supplying us with all kinds of goodies including shrimp, cocktail sauce, loaded submarine sandwiches with fresh tomatoes, lettuce, chips, peeled ready to eat cuties, honey roasted peanuts and warmed up brownies for dessert. 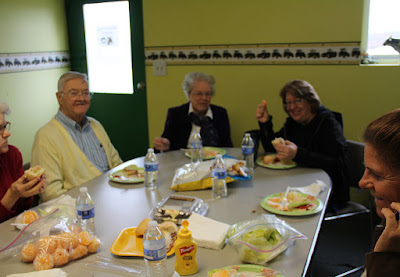 We survived another week with mailing out over 750 Bibles and sending by UPS another 84 to waiting chaplains in Galveston and Sherman Texas. What a good day!