We had young helpers this morning at the Berean office. Joan's youngest 3 came to work and work they did. Faith and Berlica were put in charge of stamping the return address on the envelopes while Mackenson was in charge of putting on the non for profit stamps. 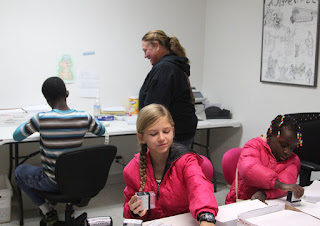 Cindy and I entered the Bible request then Bill came and started entering on the 3rd computer. We were able to finish all 90 requests in less than a hour. Carol and Robin were in the other room working on wrapping the Bibles. 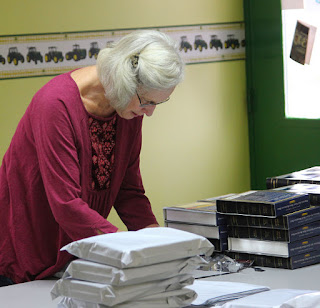 Below Bill is explaining to Faith and Berlica that he has 8 daughters and 8 sons. 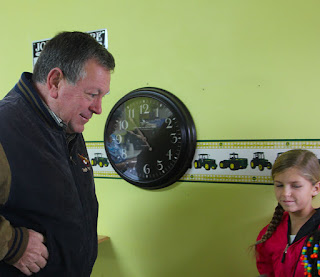