Greetings to you all in Christ Jesus! “Blessed is the one who trusts in the Lord, whose confidence is in Him.” Thank you for your kindness of supporting the prison ministry here spiritually and materially.
Some news as following:

Viorel wrote in English: “Course completion:
On February 18, we completed the “Way to a Happy Life” course, with a group of 14 inmates after about 4 months of weekly meetings. Seven out of fourteen inmates received credits and graduation diplomas. At the jail event, a group of young people from Codlea sang a Bucharest police colonel, Ivaşcu Costel, told his testimony that his life was in vain until God changed him. There were detainees who prayed with me, and they opened their heart for Jesus. Each of the attendees received sweets and those who graduated received a consistent package.


Visit Vasile P.
I was asked by the social assistant in the penitentiary to help a detainee who has six children and whose wife died. On Thursday, February 28, I visited and took him clothes, bedding, food, and money. While we talked to him in the meeting room, he screamed all the time. His situation is a very difficult one, he has been given 8 years with execution, and the children are divided into 3 orphanages. I prayed for him and I encouraged him.
On March 4, we will start a new course with a new group of inmates.
Church:
This month I had the opportunity to visit more people at home and at the hospital in Covasna and Valea Mare. I have had the joy of going to families that do not come to the church and who have been very open, glory to the Lord.”

At MCiuc Prison we had a special guest a missionary from Brazil. He has been living in Romania for some years and he speaks very well Romanian. His testimony was a real blessing for all course participants. As I told you, we are working with the new program, which contains very good themes for inmates. 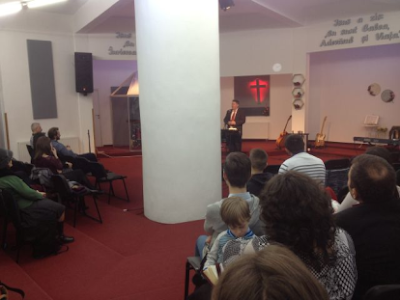 I had the honor this month to proclaim the gospel in a church and to represent the prison ministry. Together with my wife, I had also the opportunity to meet four high school classes in a school in Odorheiu Secuiesc. 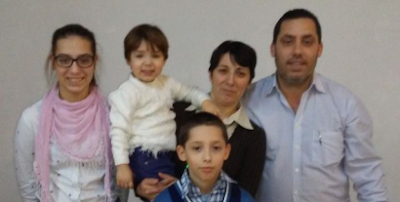 Baboi reported 77 participants with whom he is already working, plus a new group he has not yet met and whose actual he does not yet know.
Doczy's father-in-law died; may the Lord bring comfort to his family!
I got promoted to grandpa. A new stage in our lives, both I and my wife are very happy with this blessing. 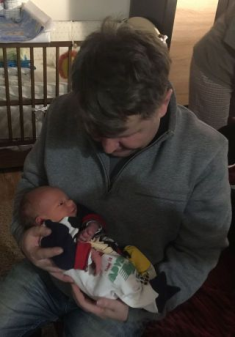 With love in Christ,