The Speaker AT the Banquet

The Berean Banquet was held tonight and what a night it was. Rhonda sent a few pictures. Below is a picture of the table before it got all messed up with food. I think Pam and Myrna did all the center pieces. 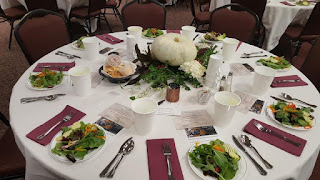 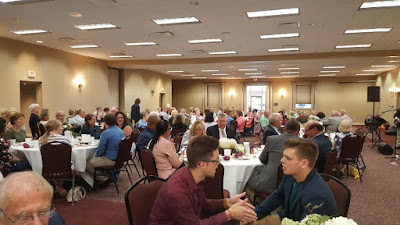 The band playing while we ate was really good called Rivers of Life Band which was made up of all pastors of the Methodists church. 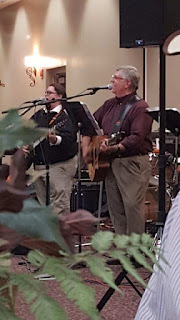 Ken Helmuth gave an update on Berean activities around the world. One man was honored for volunteering 40 years at the Peoria County Jail. After that came the testimony of Jon Watts who was only 17 years old when he was placed in the Tazewell county jail for possessing drugs, domestic abuse and assaulting an officer. He was placed in lockdown and someone gave him a Bible. Today he is a youth pastor and loves the Lord. 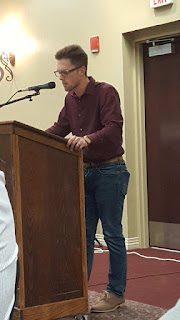 Sparky introduced Dr. Lew Sterrett, the main speaker and when Dr. Lew spoke we all listened. 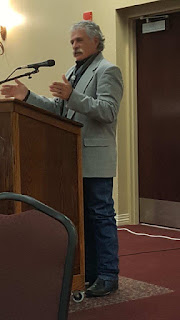 He told about a horse he trained that slammed against the fence time after time. Only later did he find out that this horse had never been able to be contained in a fence. Dr. Lew spoke a lot of fences and how they are there actually for our freedom. I sure hope someone recorded his talk, it is really worth listening to again. 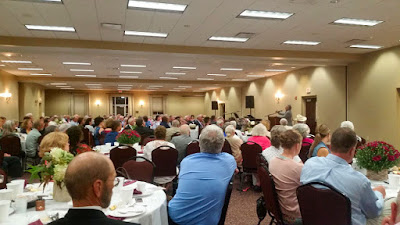 It was an amazing evening and one I'm very glad not to have missed.
Posted by Judy Sceggel at 9:25 PM