We had a light mail day today. Believe it or not it is because of Columbus Day holiday. When we have a holiday that falls on a Monday, it doesn't hit 6 days later, it hits the next week.  Even though it was a light day we had plenty to do. 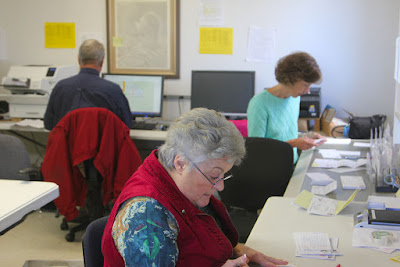 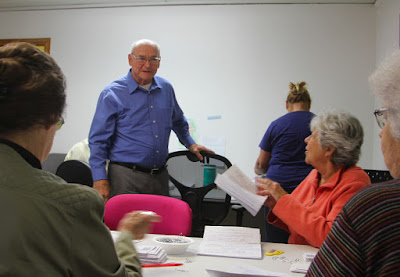 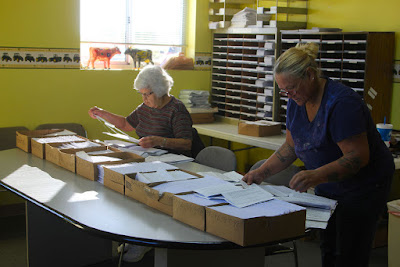 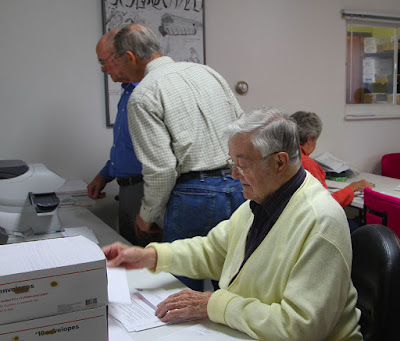 We ran out of Bibles but Bill told us where to find them, Chuck drove to Hoerr's met Johnny Hoerr, got Bibles and brought them back to the Berean office for wrapping. 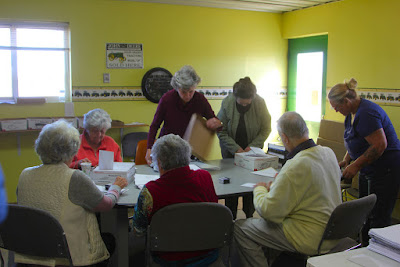 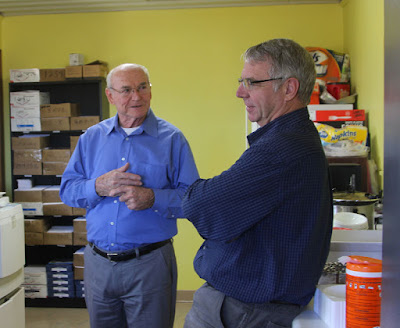 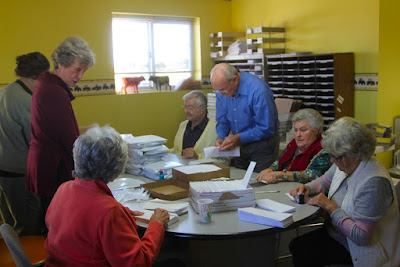 By the time everything was done it was almost noon. We enjoyed a nice meal and plenty of fellowship together.  Bill was heading down to Springfield, IL with a group of Romanians who were here to learn about the prison ministry.  He called to report that he was able to get a copy machine donated  to Berean. It wasn't working but he was able to get it up and working. It is a big heavy machine and he still needs to get transport for it but hopefully it will be here next Tuesday. That is another answered prayer.
Posted by Judy Sceggel at 8:15 PM