This was written on Tuesday April 21st, 2015, just posting a couple days late:
Diane wasn't going to come in to work today, she is a little over whelmed with her work at home and the law office after being gone for 2 weeks. We told her she really needed to come in today but could take Thursday off. The reason why will be revealed in a bit.
Emily and I were first down then. Eva Jean arrived next, walked in and stopped dead. Even though she knew about the mess it was still a shock. 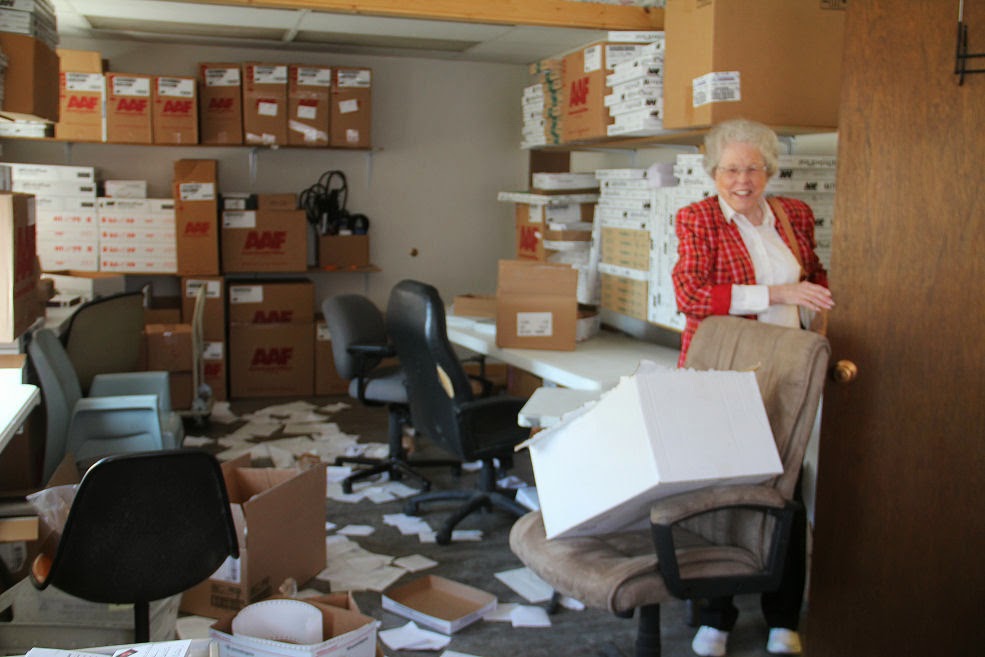 Shirley walked in next and just grinned. All of us wanted to be there before Diane arrived. You see Diane doesn't let us leave the office until it is swept up and Thursday we just walked out and drove home. well maybe we scattered a few boxes around but the rest was from getting the Bibles out. 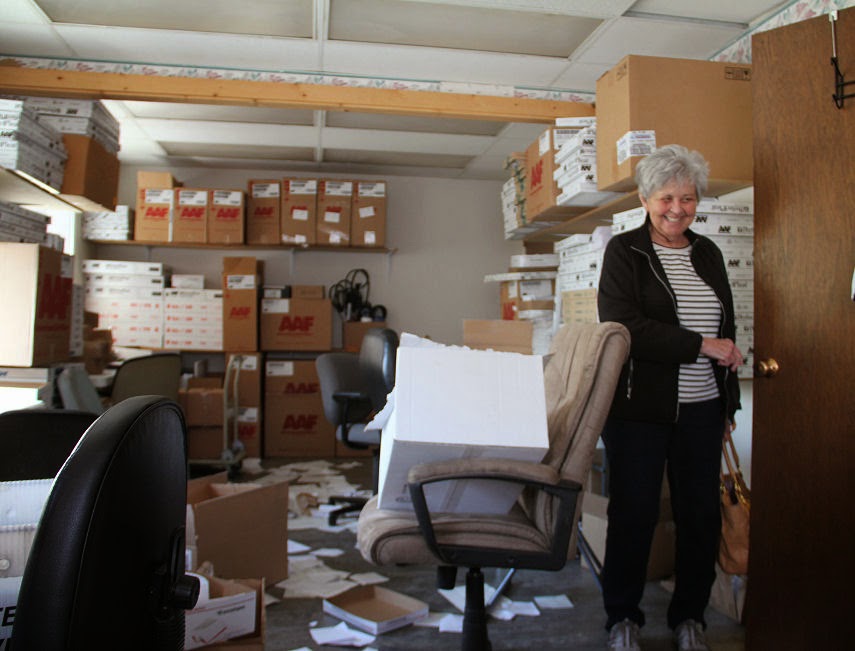 Diane arrived and instead of finding a new office or more space in this office she walked into the mess and retorted, "no wonder I had to come!" 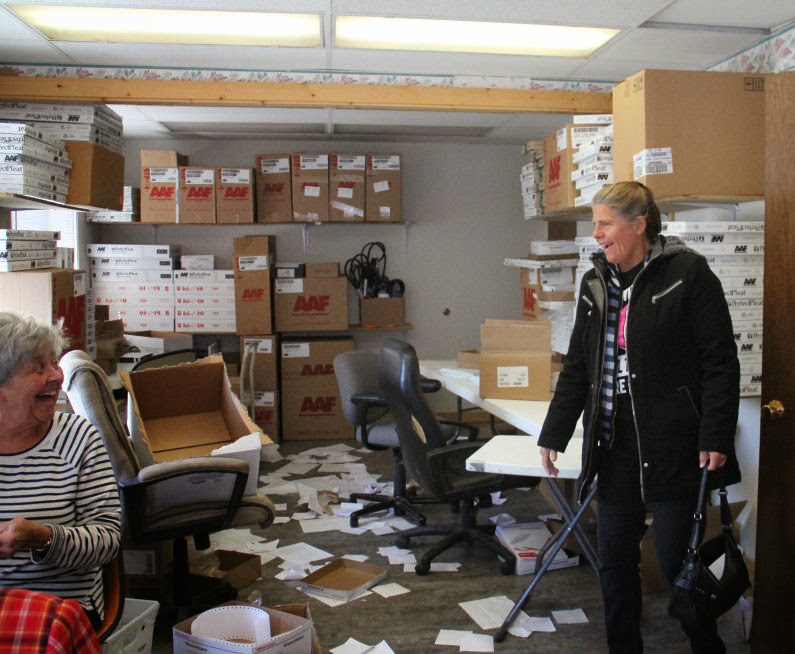 Kathy and Dave who didn't know anything about it were kind of shocked. Kathy asked, "did a raccoon get in here or something? 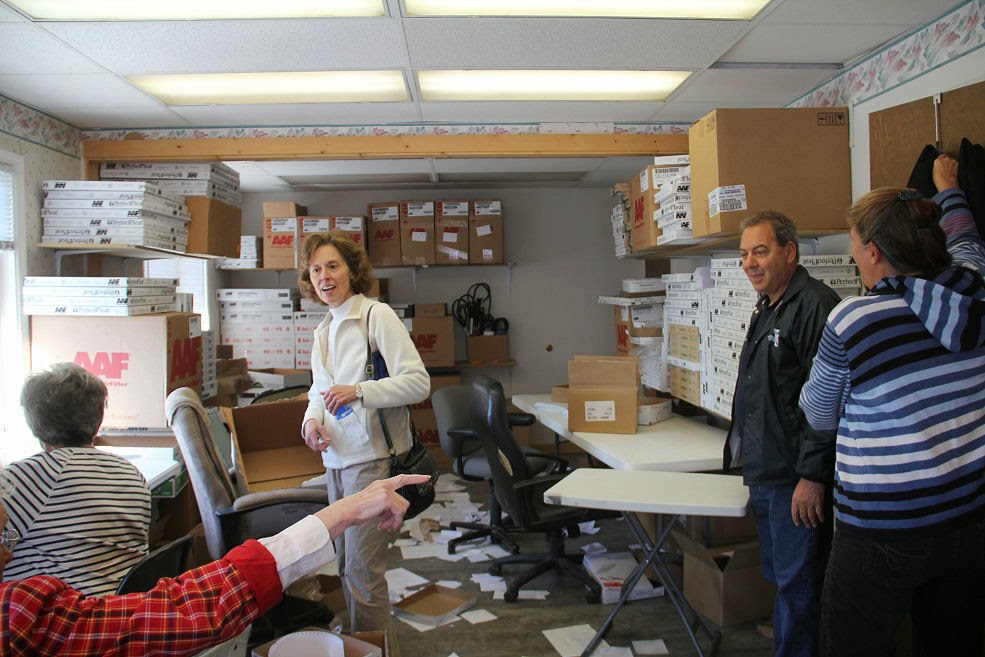 They all got busy quickly on reading letters of which there were a LOT! 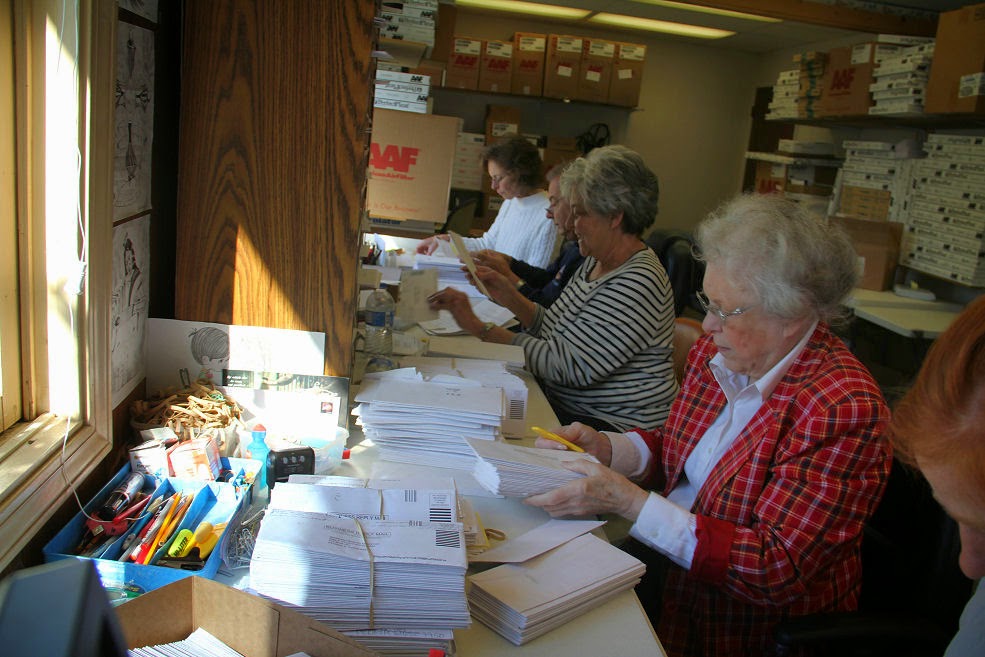 While Diane and I swept up the office. 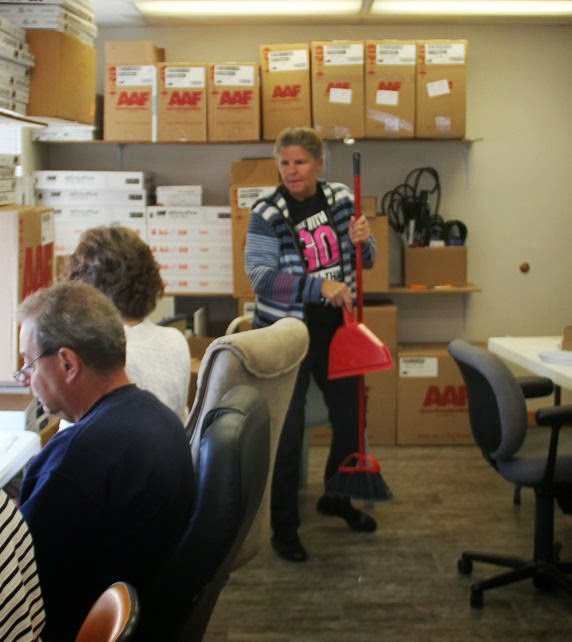 Joyce then Rhoda arrived to help today as did Joan and 4 of her kids, Hannah, Faith, Mackenson and Berlica all pitched in to help. We stopped for pizza around 12:15 pm then went right back to work. We were able to finish all the studies but ran out of Bibles again! We will have to get the rest out on Thursday. Tim Martin promised another 300 wrapped Bibles by then.
Posted by Judy Sceggel at 5:59 AM