Spark delivered one pallet load of Bibles this morning to the Berean office leaving 3 for a later date. Diane picked up the mail and even though this was just 1 day of mail it was a full box full. I felt kind of bad for the volunteers today. Since I'm out of town Rachel took the pictures below. I think she wants you to guess who these volunteers are: 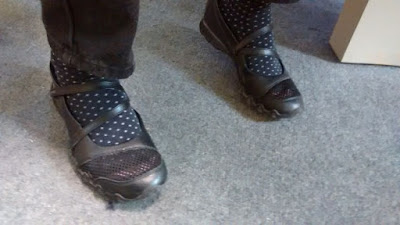 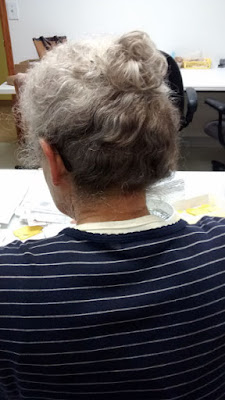 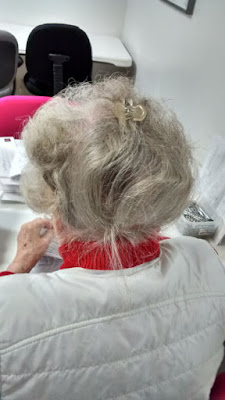 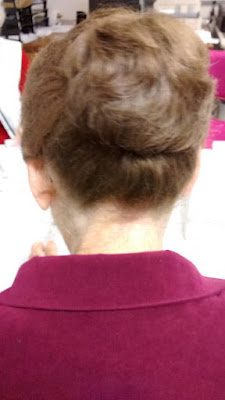 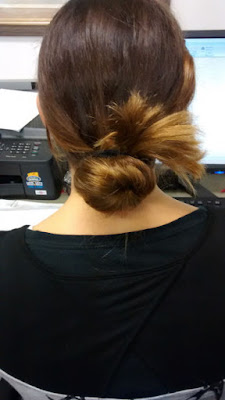 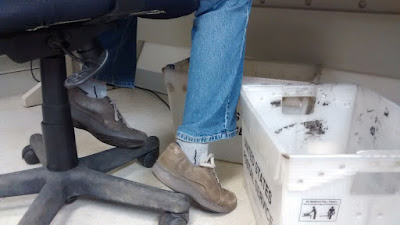 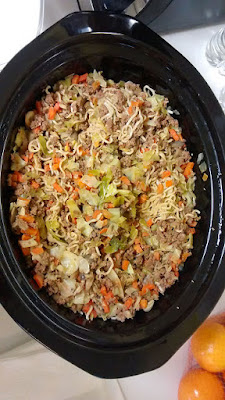 I'm not sure why Rachel sent the last three pictures but these are of the Berean office, the coat hangers. 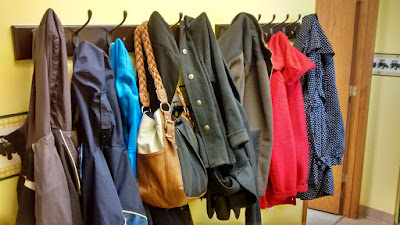 Edie and Roma sorting the mail. 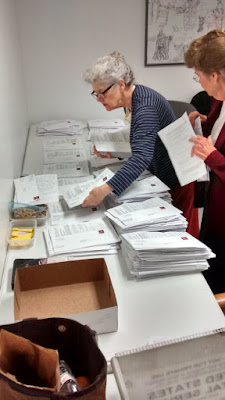 A penguin sitting on the Bible stamps 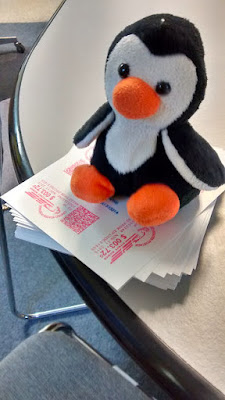 And the Berean Fridge 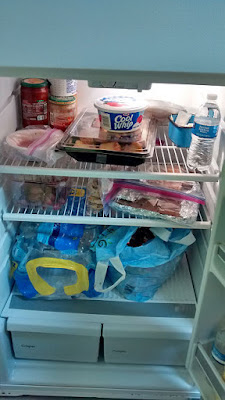 Diane reported that they filled 2 van loads with Bibles. Below is Rachel's van and below that is Diane's tire. Her van was so loaded they were a little afraid the tires would pop. 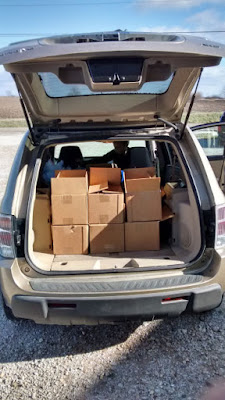 unless the tire below is Rachel's tire as her van was also loaded to the top with Bibles. 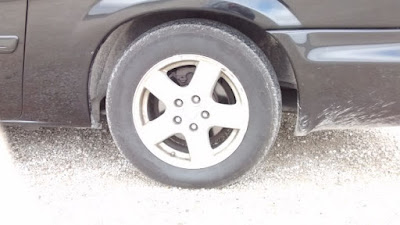 The volunteers sent out the entire skid load today! Spark was called to see if he would bring another skid load on Tuesday. A sewing group came in the afternoon. Diane sent he picture below. 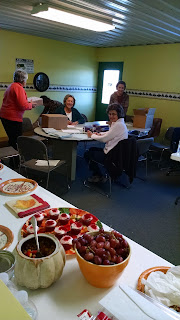 A big big thank-you is in order to all the helpers today! We survived another week.