We were hoping for a a big group of helpers today. For some reason we kind of knew there was going to be a lot of mail and sure enough there were two tubs full. Thankfully our snow birds are finally flying back and are ready to work. Eva Jean and Leona were busy opening the mail when the Bibles arrived. 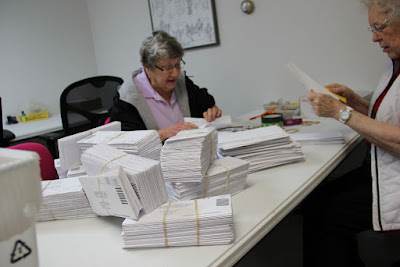 Marvin L arrived as the Bibles were being un-loaded and jumped right in to help. We finished bringing the entire skid into the office within 10 minutes. 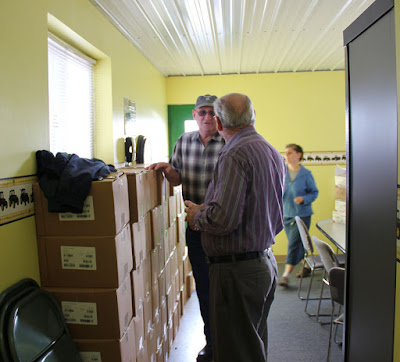 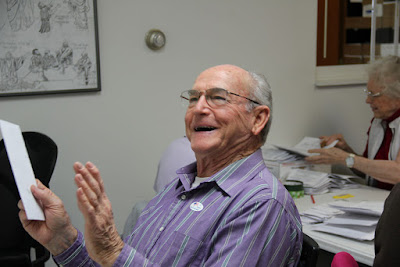 The room was full of the sound of envelopes being ripped open, chatter, and laughter, We have a lot of laughter while working together. What a great group of volunteers. 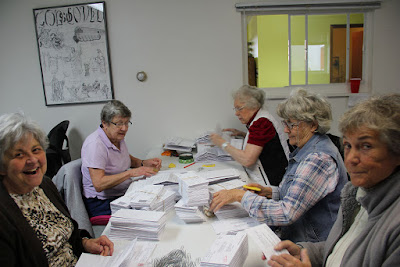 In the other room Shelby and Justin were hard at work stuffing and wrapping the Bibles while Joyce and Jeanette worked on labeling the studies. 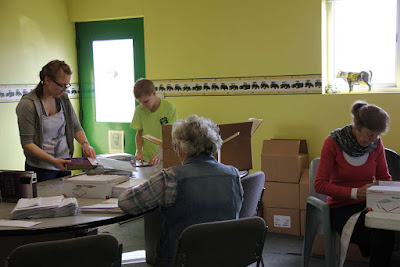 Marie was working on one computer entering studies while I worked on the other. Between the 2 of us we did pretty well keeping up. David, Kathy. Marvin and Mom were on the other table reading letters. Below David and Marvin are discussing what to do with a special request. 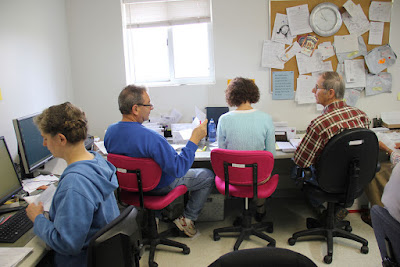 We took a quick lunch break at noon then went right back to work. 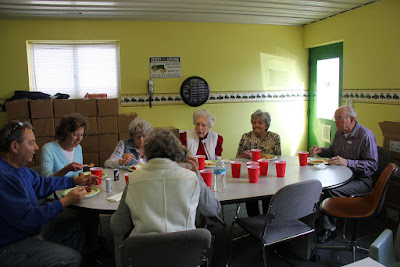 Below Kathy is stuffing new studies into a prisoner's envelope. We were able to finish stuffing the last one just after 1:00 pm and then came the sealing. 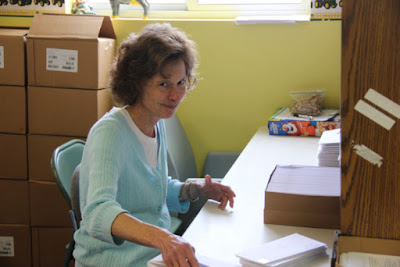 Everyone was given a likker and put to work sealing envelopes. By the time we finished we had 2 full tubs all ready to be mailed out.