Well it is official the Thursday group had to work harder than the Tuesday group. Most likely because there were more helpers on Tuesday. By the time we were finished today everyone was exhausted. We didn't actually have that much mail but had all those Bibles to first unload, then unpack, then stuff, wrap, label, pack, then haul out to Diane's van. By the time we finished her van was loaded to the top and her tires almost looked flat. We probably need a bigger truck if we are going to haul that many Bibles again soon. The morning started with Eva Jean, Anna, Roma and Edie opening and sorting the mail. 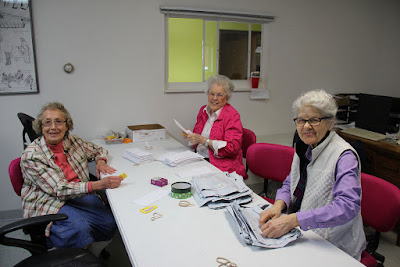 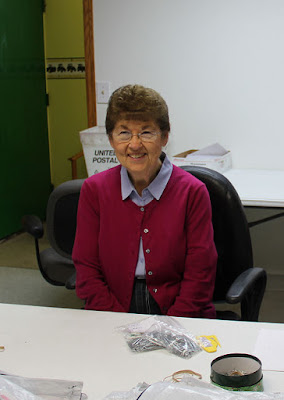 Rebekah brought our favorite helper, Jordan who is so good at entertaining the volunteers. 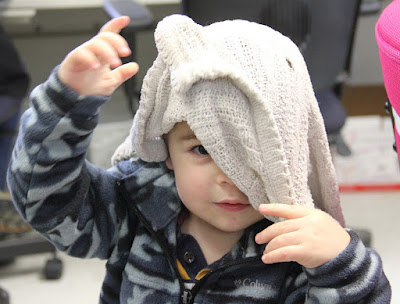 We had a couple chaplains waiting for Bibles. Below Rebekah is filling out the paper work to UPS those going directly to the chaplains. The labels next to that paper work is sent along too so the chaplain knows who in his prison is requesting a Bible from us. 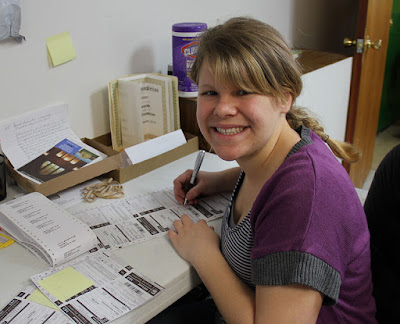 We only had 2 readers today, Chuck and Diane R. Thankful they were willing. Reading the letters is one of the harder jobs but is also very rewarding. 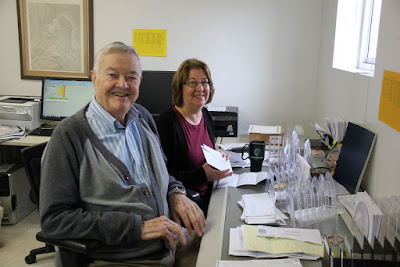 Below we are all working on stuffing, wrapping, labeling and hauling out the Bibles. We had so many to do today that we kept switching jobs around. When one person got tired of stuffing they were put on wrapping or labeling. The rotation was a good way to keep anyone from getting too tired. 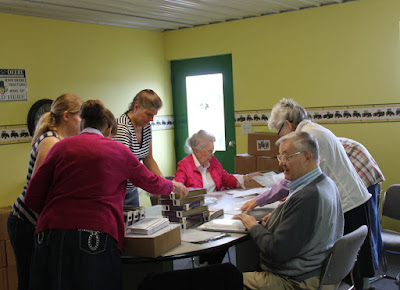 The last Bible was stuffed into Diane's car just after noon. We were able to sit down and have a relaxing lunch. Mom made us a very sweet delicious dessert even though she was not able to be here. That meant we had to make a pot of coffee to really enjoy this tasty treat. 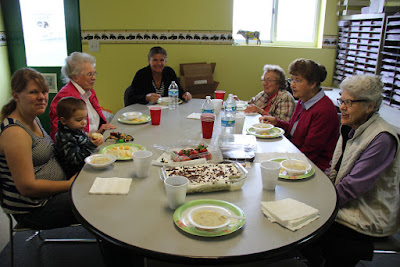 So so thankful we survived another week!
Posted by Judy Sceggel at 8:22 PM